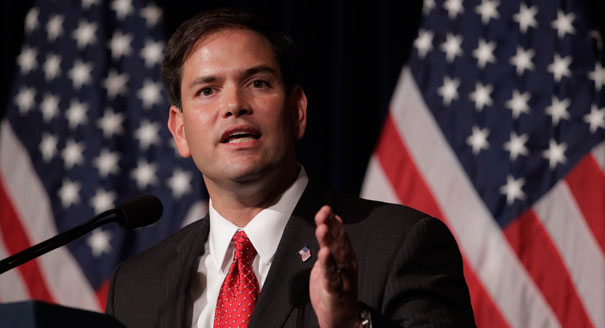 “I will support a law that takes that right away.”

That’s what Florida Senator Marco Rubio said last year in the wake of the Parkland shooting, when asked if he would support legislation that takes away an 18-20 year old’s right to buy a rifle.

Rubio went on to state that he is open to the idea of banning magazines over a certain size, that he would back Dianne Feinstein’s FIX-NICS bill, and more.

Gun owners in Florida — and across the country — were stunned that a supposedly pro-gun stalwart would crumble so easily.

But it only gets worse.

Just a few weeks ago, Senator Rubio filed S. 7, a national ‘Red Flag Gun Seizure’ bill that would give states a financial incentive (bribe) for enacting this legislation at the state level!

If enacted, ‘Red Flag Gun Seizure’ legislation would allow virtually anyone to make a claim that you are a danger to yourself or someone else, and ask a judge to order you stripped of your firearms.

The amount of room for abuse in this process should have every gun owner in the country alarmed. Consider the following:

>>>  These gun seizure orders will be issued before you have been convicted, or even charged, with anything!

A gun owner with absolutely no criminal background of any kind, can have his firearms seized before he ever sets foot in a courtroom. You would have more due process rights in traffic court than you would in defending your constitutional right to keep and bear arms.

>>>  The hearings that determines whether or not to strip you of your firearms happen in secret!

Known as ex-parte proceedings, these hearings take place in your absence. You will have no ability to question your accuser, provide your own evidence, or testify in your own defense. In fact, the first time you will be made aware of this is when law enforcement officers come to your home to seize your firearms.

>>>  The mere fact that you recently purchased a firearm or any ammunition constitutes evidence that can be used against you!

Under the list of ‘evidence’ that the court can consider in deciding to disarm you is the ‘recent acquisition of a firearm, ammunition, or other weapons.’ So just buying a firearm or a box of .22’s could be enough for a judge to order you stripped of your firearms.

Every gun owner knows someone who has gone through a bad divorce; maybe you’ve gone through that misery yourself.

Can you imagine what an embittered ex-spouse could do to you if your state legislature enacts this legislation? How about a neighbor who doesn’t like your pro-gun bumper sticker? The risk to gun owners is ENDLESS!

Despite the lack of criminal charges.

Despite the lack of a criminal indictment.

And despite a conviction in a court of law!

Because the bill has NRA support, it is already receiving bi-partisan cosponsors. The bill has been placed into the Senate Judiciary Committee, Chaired by Senator Lindsey Graham.

Please take a moment to send your federal lawmakers this PRE-WRITTEN EMAIL right away!

When you’re done, please send this email to every gun owner you know and urge them to take action, too!

And if you want to be part of an organization that will fight to defend your rights without apology, please consider becoming a member of the American Firearms Coalition today!

Where is the NRA? 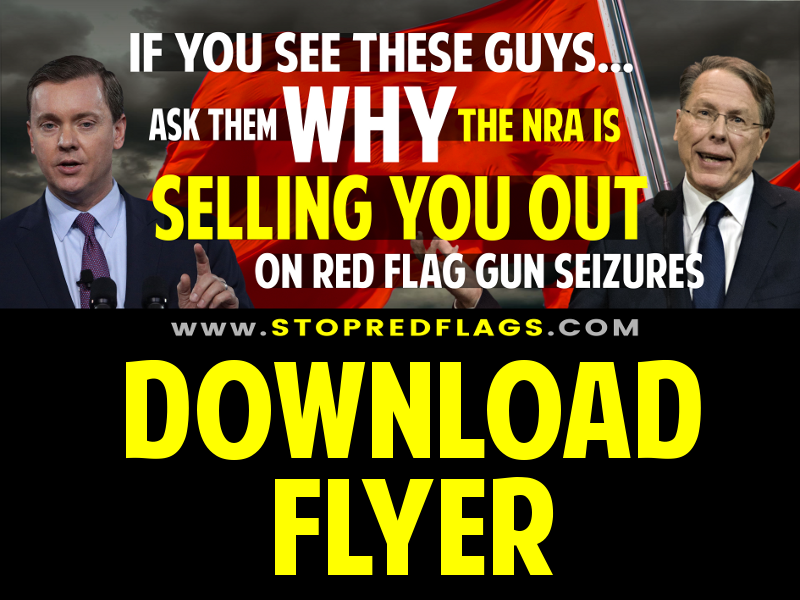