It was a huge week in the fight for gun rights in Washington, D.C. as the AFC team blitzed Capitol Hill — meeting with over a DOZEN Senate and Congressional offices.

If you missed our earlier emails, pictures, and videos from this massive operation, we’ve included links right here.

To watch our report after our West Wing meeting on YouTube, go here or to the image below. 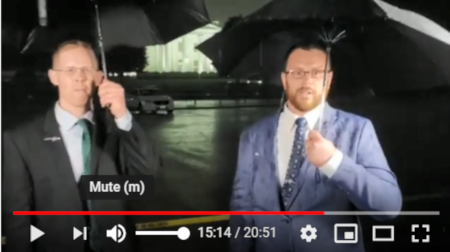 If you’d rather watch the video above on Facebook Live with thousands of other gun owners, GO HERE!

To watch our report after our time spent on Capitol Hill, go here. 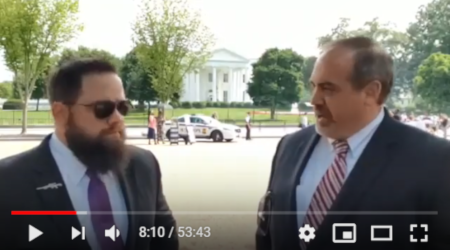 Again, if you’d rather watch this video on Facebook Live with tens of thousands of other gun owners, GO HERE!

As gun owners ourselves, we are sick of being on defense, three years AFTER President Obama left the White House.

It’s time that gun owners take the fight to lawmakers in Washington, D.C., as they clearly aren’t going to fight for us on their own volition!

That’s what the American Firearms Coalition is all about!

All of the rest of the groups that claim to fight for gun owners in Washington, D.C. have either endorsed ‘Red Flag Gun Seizure’ legislation or are just simply not present on Capitol Hill when gun owners need them.

So please watch the videos above for all the latest information, and then ask yourself if you agree with our passion and with our unapologetic defense of the Second Amendment.

If you do, then we hope that you’ll become a member of the American Firearms Coalition TODAY!

If you’re already a member, please donate right away, to help us prepare for our next big operation, which you’ll be hearing about shortly!

P.S. AFC had a huge week fighting for gun owners in Washington, D.C. Check it out, by watching the videos above!